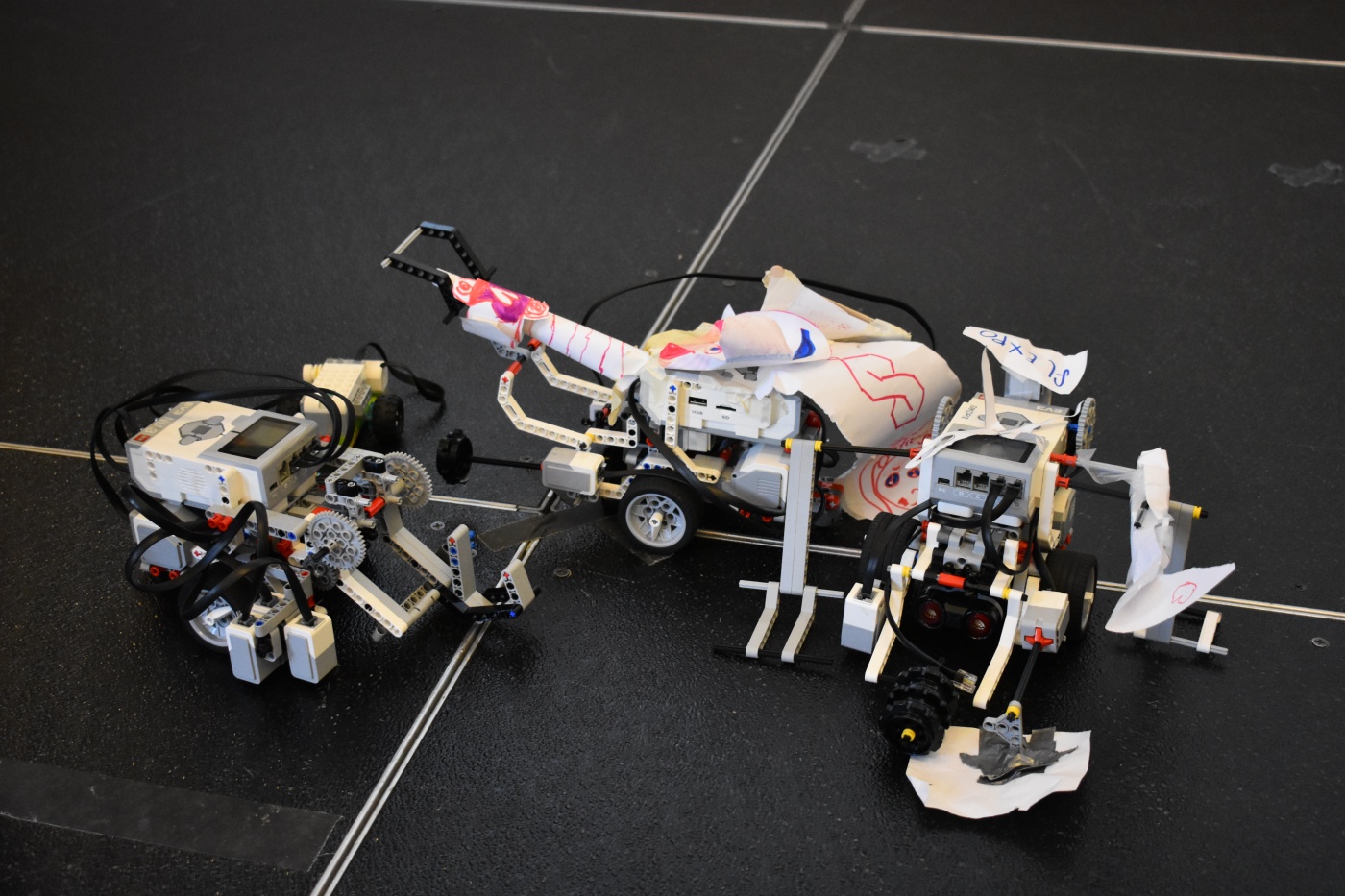 “Cornerstones of Engineering,” is one of the first classes required of all freshman students in the college of engineering. Professor Susan Freeman is one of several professors who teach this course. The noticeable difference, however, is that Professor Freeman incorporates Service-Learning into her Cornerstone class by partnering with the Timothy Smith Network.

Professor Freeman sends groups of approximately 5 freshman students go to a Timothy Smith Network site in Roxbury every week, to teach engineering and LEGO Robotics to middle school students. This semester, the NU freshman taught the middle schoolers how to build a Sumo LEGO Robot. The goal of the Sumo Robot is to stay within the ring and push the other Sumo Robot out of the ring. In order to accomplish this, the robot has to be able to detect the edge of the ring and turn around, and also detect the other robot and push it. After a semester of hard work, the middle school students got to show off and battle their robots at the Robotics Showcase.

This year’s Robotics Showcase took place in the Curry Indoor Quad & Pit on Wednesday, December 5th from 6:00-8:00 PM. At the showcase, over 75 middle school students battled with their amazing robots with over 50 NU freshmen  supporting the kids as they battled. In addition, there was a large crowd of middle schoolers’ parents and teachers taking pictures and overlooking with pride. At the event, we had a bracket system to determine the ultimate Sumo Robot. There was also a raffle, with prizes generously donated by Comcast.

It was so inspiring to see the creativity, strategy, and energy the middle school students put into their robots. Every robot was unique, and you could see the students’ personalities shining through! One robot utilized the distance sensor to speed up if it sensed another robot in front of it, another robot was fully decorated to look like a unicorn, and a third looked like a bulldozer with a scoop on the front that moved up and down.

Though this Robotics Showcase marked the end of the fall semester, we are counting down the days until the spring semester starts, where the middle schoolers will have to hone in on their programming skills even more to build a robot that navigates an obstacle course!